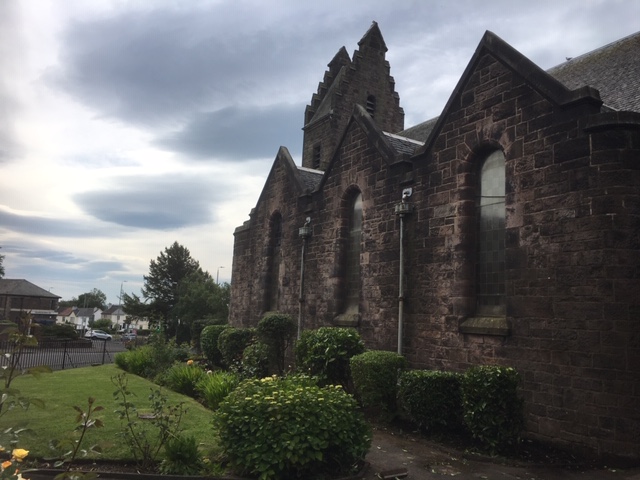 The congregation of Knightswood St Margaret's was formed in 1925 from those living in the new housing area of Knightswood and worship took place in what is now called the 'small hall' which, from the beginning was a scene of unceasing activity of Sunday School, Girl Guides and Boys' Brigade as well as organisations for adults such as the Woman's Guild.

In 1928, the first steps were taken towards the building of the church as we know it today and the members were much involved in fund raising, e.g. garden fetes, and the 'St Margaret's Market' took place.

On 5th May, 1931, the children of the congregation (for a small sum) were allowed to lay a brick and thus have their place, literally, in the building of the church. The architect of the building was Sir Robert Lorimer, who, unfortunately died in 1929 and so this church remains as one of the last examples of his very distinguished work. The sanctuary of Knightswood St Margaret's Church was dedicated on 2nd April, 1932.

In May, 1982 a union took place between the congregations of St Margaret's and Netherton: St Matthew's, this building becoming the place of worship for the new charge of Knightswood St Margaret's Parish Church.

The Minister is always keen to meet with anyone who is interested in joining the church and is happy to discuss this with those who would like to know more.

The Church of Scotland believes in infant baptism, although Baptism can take place at any stage of life. The Minister is happy to discuss baptism with those who would like to know more about this. Blessings are also available.  Please contact to discuss with our minister.

Our Minister and Elders are available to help during a bereavement. Any member or parishioner can ask for the Minister’s services. Please contact to discuss with our Minister